I know most of you love small game hunting, but sorry to all of you because these guns are not for hunting. They use plastic BBs rather than original bullets. They are made for safe use and not for inflicting any injury. The plastic BBs don’t have enough power to take down small game like squirrels, ducks and quails etc.

Brace yourself; there are several more interesting activities to do with airsoft guns. The best among them is airsoft sports. This sport has grown rapidly in the US. You would see people getting on the fields to engage in this activity. Let me tell you, there are plenty of airsoft games that you can play with these guns. In this article, I will reveal a few pretty interesting ones. So, here is the list! 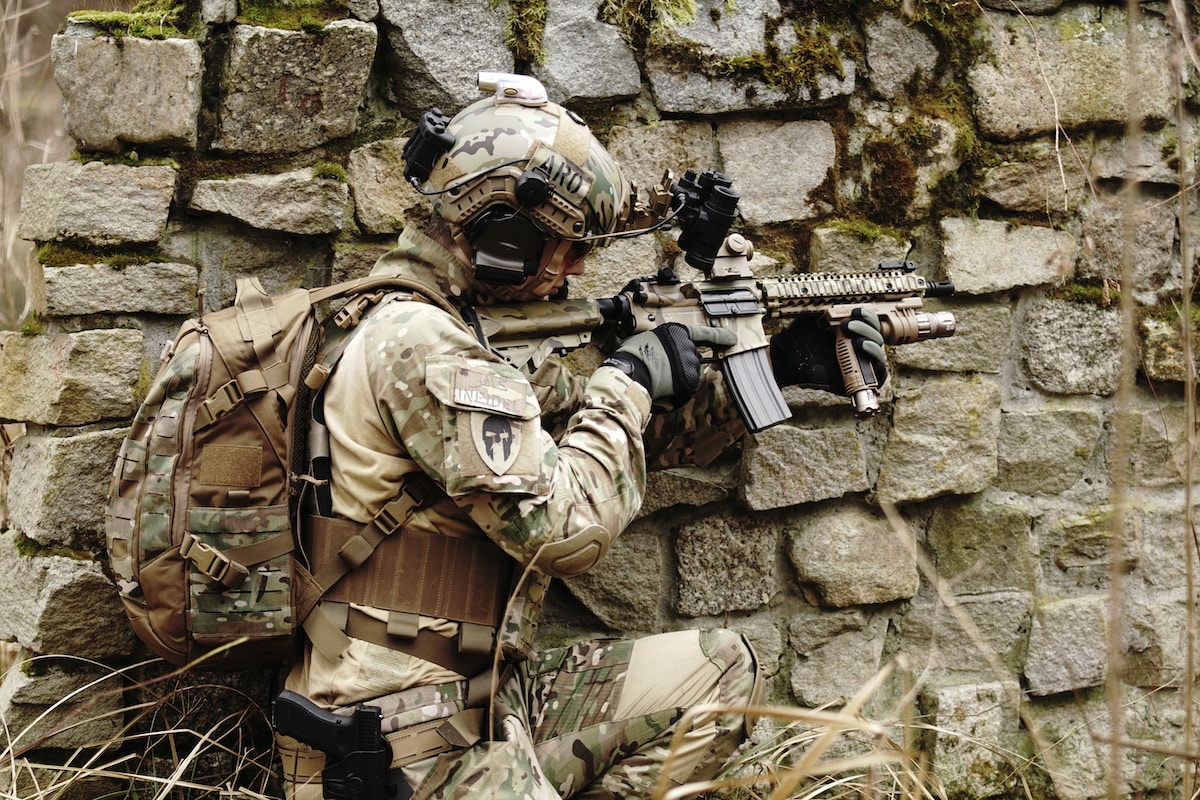 Zombie is a brilliant game with very interesting rules. You know every airsoft game is based on a certain scenario and a few rules. This game has the best rules so far. In this game, there are two teams, one called the humans and the other zombies. Generally, humans are more in numbers compared to zombies. Humans are equipped with airsoft guns while zombies don’t have any guns. Their purpose is to eliminate the humans while humans would be looking to eliminate the zombies.

If zombies touch a human, that human would become a zombie as well. As a result, the number of zombies are increased. For humans to win, they need to eliminate the zombies. On the other hand, if the zombie eliminate humans, they win. Humans can use airsoft pistols to kill the zombies but they can hide themselves to avoid. Humans also need to avoid the zombies and try to kill them before they get closer to them. So, who gets eliminated first, loses the game.

Capture the Flag is another enjoyable game. The regulations of the game make it interesting. Again, there are two teams equally numbered. You can have six to ten players a side. Each team has a specific fort. It does not matter that you have a building or a real fort, you can consider any place as your fort. Each team has its flag on the fort. One team needs to bring the flag of the other team to its own fort to win the game. So, both teams would divide themselves into two groups. One group would be responsible for defending their own flag and the other would be responsible for bringing the other team’s flag to their own fort.

The team that manages the capture the flag and bring it to their fort wins the game. This game needs smart work and good strategy to be implemented. You just can’t go and do blind shooting. Steadily go to the fort and try eliminating the defenders first before you capture the flag. Also, have some capable players defending the flag. So, if you implement a better strategy, you are guaranteed to win the game.

Close quarters combat is a relatively simple game. But, what makes it interesting is that you can have more than two teams playing the game at the same time. Mostly, players would be equipped with airsoft pistols. However, you can also use other airsoft guns. The teams should be equally numbered whether two, three or more. This is to maintain the teams balance. The purpose is to eliminate the other teams before you get eliminated. The team that is left wins the game. There must be at least one player of a team left to win the game.

The teams are on a field and each player has one life. When a player is hit with BB, he is eliminated. If one team manages to eliminate all the players of other teams, that team wins the game. However, the teams should be in a close quarter. Here again, blind shooting won’t do. You need to get to the right place where you can target your opponents and save yourself from the BBs. There is often limited number of BBs awarded to every player in this game. So, be careful and avoid blind shooting.

The scenario of this game is a little similar to capture the flag, but has different rules. There are two teams with equal number of players. One team is the rescuers and the other team is the kidnappers. The kidnappers have kidnapped a few people and the rescuers need to rescue them. Generally, there is a specified time given to the rescuers to complete the mission. Also, they need to take them to a safe spot alive to win the game. The assailants can have airsoft guns as well. So, rescuers need to fight the assailants as well as rescue the hostages. Often, rescuers are more in numbers compared to assailants.

Rescuers are not just equipped with airsoft guns, they also need to carry airsoft pistols. Once they manage to rescue them, they need to take them to the safe spot. So, they would give those pistols to the hostages so they can rescue themselves. If they are killed before reaching the safe spot, assailants win. If they reach that spot, the rescuers win the game.

So, these were some of the interesting airsoft games that you should try playing with your airsoft guns. To raise the thrill and excitement of the games, you can veriate the rules. Also, you can add a reward for the winning side!

Previous
My 3 Hobbies With Airsoft Guns
Next
Airsoft Guns for Different Airsoft Games and Target...
Return to site

Powered by Strikingly
All Posts
×

We just sent you an email. Please click the link in the email to confirm your subscription!